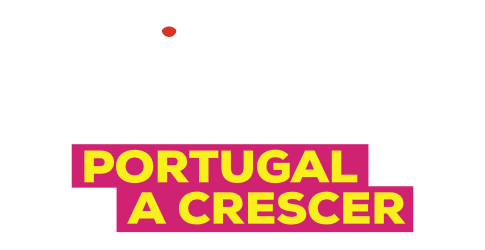 Although successful economically, Portugal remains at the mercy of rampant bureaucratisation, writes Ricardo Arroja, a political newcomer who champions decentralisation and a citizen-centred state in his native country as well as in Europe.

Ricardo Arroja is a top Portuguese economist and lead candidate for the 2019 European Parliament elections under the banner of the Portuguese liberal party Iniciativa Liberal.

Portugal is not known for its liberalism. Having spent most of its History under absolutist monarchy, and most of the past two centuries between a rock and a hard place, socialism has governed the country since 1974’s democratic coup.

The socialists and the social democrats, two sides of the same coin, have monopolised government for 45 years. Unsurprisingly, the state has since assumed an expanding role in the economy, framing government not as the referee but as the main player. However, you can only have one Cristiano Ronaldo and the real one is in Turin playing for Juventus, not in Lisbon’s “Palácio de São Bento” where the prime minister sits.

As economist Oskar Lange once wrote “The real danger of socialism is that of a bureaucratisation of economic life”. That is what socialism has brought to Portugal. That and public debt. A sea change is long due. The alternative is citizen-centered liberalism, one which is not about the old divide of left vs. right, but about empowering the people over the state. It is about Madisonian decentralisation and freedom of choice. Not a horizontal left-to-right line, but a vertical one where individual citizens stand on top.

This is what a new political party in Portugal, the Liberal Initiative, is running for starting in May’s European Parliament election – its first run to the ballot and my first experience in politics.

European accession in 1986 proved a huge success in Portugal. Real GDP per capita improved markedly until the introduction of the euro in 1999. However, over the past twenty years, Portuguese GDP per capita adjusted for purchasing power parity has remained stagnant at roughly 75% of euro area average. Politically speaking, it is far from the point to discuss whether the euro is to blame for Portugal’s great stagnation. Popular support in Portugal for the common currency is strong and overwhelming. Rather, the most contentious debate is increasingly about government failure, about its inability to deliver proper public services and infrastructure.

Portugal’s recent fiscal success – a roughly balanced budget in 2018 despite a huge public debt – has not been detrimental to economic growth. That is the successful part of the story, one which disapproves those that argued otherwise. However, the unsuccessful part is that deficit reduction has been lethal to public services and government investment spending. Anecdotal evidence in the public sector includes waiting lists for cardiology appointments up to 3 years long, year-long waiting for retirement pension approvals, roads that cave in, and falling train engines. Ironically, the country’s tax burden is at a record high, but value for taxpayer money has never been so low.

Portuguese GDP per capita is well below the euro area average. However, a rising and record-level tax burden, closely approaching the euro area level, has resulted in an absurdly high fiscal pressure stacked against taxpayers in Portugal. This is no way to build a Europe of fiscal equals. Liberalism can provide an alternative route for Portugal by arguing that state provision of public services need not be the only solution. By contracting-out public services and establishing competition between for-profit, not-for-profit, and even public providers, the state should relegate itself to a role of refereeing, delegating the role of provisioning to other players.

Player-referees tend to be devious players and even worse referees. Undoubtedly, citizens in Portugal and elsewhere see in the state a role to be fulfilled. But as government failure becomes the unfortunate standard it is unacceptable to hold citizens hostage to bureaucratic Leviathans. The state, a creature of the people, should retain the power to tax. Through the state, rules are to be set on behalf of the people, provided minorities are shielded against the autocratic will of absolute majorities. Thus, by featuring the state as the legitimate tax collector and a lawful referee, resources and goodwill will follow the true source of political and fiscal legitimacy, citizens not bureaucrats.

My political platform is one of competition, decentralisation and freedom of choice – or devolution of choice to citizens – both in Portugal and in the European Union. This is an area of freedom, security and justice, where member states have pledged to uphold shared fundamental values such as respect for diversity and human rights. It is built upon co-operation, a common market, freedom of movement, but not on sovereign union. Rule of law and mutual observation of core values should be the main tenets of European Union membership. These are non-negotiable European principles, though not to be confused with a federalist Utopia.

Henceforth, my vision of the European Union as a fully-fledged integrated area of mutual interests and fundamental values includes a European asylum policy, agreements on tax bases between countries, and truly harmonised laws that are applied equally. But it also includes domestic immigration policies, differentiated tax rates amongst different countries, and economic competition.

In this vision, there is no room for politically motivated corporate champions nor for European taxes nor for corporativism of any kind. But plenty of room for lawful exchange and convergence, regional diversity and, above all, citizenship.